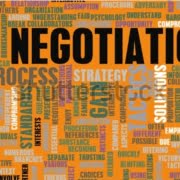 The fourth round of wage negotiations was held on 1 July 2021, via a virtual platform under the auspices of the facilitator Ms N Bisiwe.

The negotiation session, scheduled for 2 days, ended unexpectedly on the first day as the other trade union party declared a deadlock.

SALGA indicated that they too are prepared to negotiate further but stressed that they had a difficult mandate due to the financial position of their member municipalities.

The other trade union, however, formally declared a deadlock and stated they will declare a dispute. They also made it clear that they are not prepared to negotiate any further.

IMATU indicated that we are not formally in deadlock, but we are fully prepared to move to the next stage which is to declare a dispute. The SALGBC will then be required to schedule a conciliation hearing where the matter can be further negotiated.

On this basis, discussions were brought to a close.

Given that one party has declared a deadlock and no further rounds of negotiation have been agreed to, the next logical next step is for IMATU also to declare a dispute and deal with the matter in the conciliation process that will follow. Preparations for a dispute declaration are currently in progress and will be finalised shortly.

This is a preliminary update. A more comprehensive circular will be issued in due course.

Update on Salary and Wage Negotiations
Scroll to top