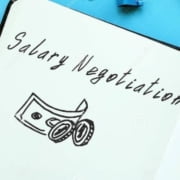 The third round of salary and wage negotiations in the Local Government sector were held in Durban on 3 and 4 June 2021.

IMATU has been locked in negotiations with the employer, SALGA, since April 2021.

The issues that are the subject matter of the negotiations are:
• An appropriate and affordable across the board increase (the employer is currently offering a below inflation increase, whilst IMATU has revised its position to a 7% across the board increase);
• The duration of an agreement (the unions have demanded a one-year agreement, whilst the employer favours a 3-year agreement);
• The impact of the across the board increases on benefits payable to employees;
• A new exemption procedure that will streamline the process for financially distressed municipalities to apply for exemption from the wage agreement;
• An “Opt-Out” clause that will allow any of parties to exercise an option to renegotiate the wage agreement in very specific circumstance, for example a situation similar to the current state of disaster;
• Improvement on maternity benefits, paternity benefits and the regulation of vulnerable EPWP workers.

The facilitator has indicated she will issue a facilitator’s proposal, identifying the terms of a possible settlement, to the parties and the sector by Tuesday, 8 June 2021.

IMATU will be convening a special meeting of its National Executive Council on Wednesday, 9 June 2021, to consider the anticipated facilitator’s proposal.  Thereafter IMATU will be consulting its members for a final mandate.

IMATU is hopeful that an amicable settlement can be reached, and an agreement be concluded.