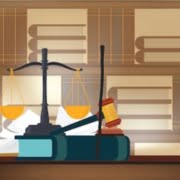 IMATU is deeply disturbed by the announcement of the ADM in its circular issued on 7 January 2021 advising, amongst others, that the employees of the municipality will not be receiving their salaries for the months of February, April, May and June 2021.

The announcement comes against a background of a prolonged strike by the workers, continuous service delivery protests by communities in Mbashe, Mnquma, Amahlathi and Ngqushwa municipalities, as well as the failure by the municipality to provide adequate basic water supply to its surrounding communities and to properly maintain infrastructure.

The announcement furthermore comes in a wake of the ADM having received an amount of R 336 million as an Equitable Share from National Treasury on 8 December 2020.

The announcement fails to consider the impact on the livelihoods of the employees, and their obligations and responsibilities outside the work environment. Such a step will have a devastating effect on the employees, their families and the broader communities of the ADM.

The conduct of the municipality is an attempt to erode the workers’ hard-fought rights and blatantly undermines the spirit of collective bargaining. To this day, the municipality has failed to implement the salary increases for workers as per the collective agreement concluded at the SALGBC.

IMATU will be approaching the Labour Court on an urgent basis to stop this heinous conduct of the municipality. Our legal team has already been instructed to draw up the relevant application and a punitive cost order will be sought against the municipality.

IMATU wishes to point out the serious underperformance and lack of accountability portrayed by the Municipal Manager, Dr TT Mnyimba as well as his history of poor financial management and maladministration. Not only has he collapsed the ADM’s finances but also that of Sundays River Valley and Ngqushwa Municipalities, where he dismally failed as the Accounting Officer. Despite his poor track record, he remains appointed as Municipal Manager of the ADM.

IMATU further wishes to call upon the National Treasury to institute a forensic audit in respect of the finances of the Municipality.

We further wish to call upon the Office of MEC of COGTA in the Eastern Cape to place the Municipal Manager on a pre cautionary suspension pending an investigation into the poor financial management of the ADM.