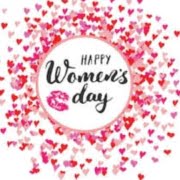 On Sunday 9 August 2020 IMATU will join with the nation in celebrating Women’s Day.

In one of the landmark moments of our country’s history, approximately 20 000 women marched to the Union Buildings on 9 August 1956, to protest against the notorious pass laws.  The “pass” was designed to maintain population segregation, control urbanisation and manage migrant labour during the apartheid era.

This march was led by Lilian Ngoyi, Helen Joseph, Rahima Moosa and Sophia Williams.  The women left 14 000 petitions at the office doors of the  prime minister, JG Strijdom, and then stood silently for 30 minutes, whereafter they started singing a protest song that had been composed in honour of the occasion: “Wathint’Abafazi Wathint’imbokodo” (Now you have touched the women, you strike a rock).

Amidst the celebrations, however, the 9th of August is also a time to reflect sombrely on the ongoing gender based violence that the women (and children) of our country are subjected to on a daily basis.  It is one of the tragedies of the new decade, and more particularly during the current COVID pandemic, that more than half of the women in South Africa have experienced some form of violence from someone with whom they were in a relationship.  The most vulnerable members of our communities, our women and children, are being subjected to unprecedented levels of violence, and on this Women’s Day, IMATU calls on all citizens of this country to take a stand against gender based violence, and to remember the legacy of those indomitable women who marched against the pass laws, in 1956.

IMATU expresses grief and outrage at killing of Traffic Officer in roadblock...
Scroll to top