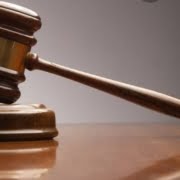 The Labour appeal court handed down a judgement last week in the Matusa appeal against the payment of an agency fee.

As we all know all non IMATU and Samwu members are compelled to pay the monthly agency fee to the SALGBC over and above the normal union fees should they belong to another union.

The effect of the Labour Appeal court judgement basically confirms that all Matusa and or Demawusa members are compelled to pay the agency fee over and above the union fees. Employers are also compelled to deduct these fees from all such non-members of IMATU and Samwu and pay same to the SALGBC.

Kindly ensure that all members are informed of this victory and monitor compliance should employees still opt to join these minority unions.

NEWSFLASH! IMATU OPPOSED TO ANY TREASURY INTERFERENCE IN THE LOCAL GOVERNMENT...
Scroll to top