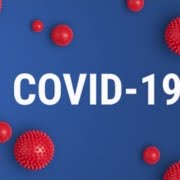 Last night President Ramaphosa announced that the national lockdown will be extended by a further two weeks. On Friday, 1 May 2020, we will be celebrating Worker’s Day. It will thus be symbolic and appropriate for all workers to hopefully return to work from 2 May 2020.

During his announcement, the President also indicated that he will take a pay cut and contribute that portion of his salary to the Solidarity Fund. The Fund was established by government as one of its tools to fight the devastating impact of the Coronavirus on the South African economy.

Unfortunately, it appears some stakeholders have misinterpreted the Executive Mayor’s announcement and this has caused widespread anxiety amongst local government employees. Some have interpreted Cllr Masina’s message as compelling employees to contribute a portion of their salaries to the Solidarity Fund. This view is not shared by IMATU.

The approach of Cllr Masina should be applauded. Every citizen and every organisation that can afford to contribute money to the Solidarity Fund should be encouraged to do so. Employees, however, can never be compelled to do so. Any attempt by any municipal employer to reduce the salaries of any employee, or any attempt to compel an employee to contribute to the Solidarity Fund would be unlawful and will be challenged in court by IMATU.

IMATU met with SALGA’s (the national employer’s organisation) representative on 8 April 2020 and we can categorically state that the issue of a pay cut for municipal employees was not raised or discussed at all. In fact, SALGA is extremely conscious of the vital role that local government employees are playing in fighting the Coronavirus. To this end the parties have already agreed that a compensatory model will be discussed in the bargaining council once the national lockdown is over.

Members can be rest assured that IMATU will leave no stone unturned in protecting the rights of our members.

The SALGBC has commissioned a message of support to all workers in the local...
Scroll to top