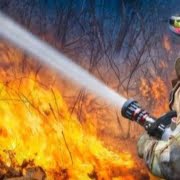 The Labour Court has handed down judgement on Tuesday, 03 March 2020.

The Judge Found the following:

1. The Samwu actions to not work the shifts as per the Collective Agreement constituted an unprotected strike. The Court interdicted Samwu members from participating in such refusal.

2. The Fire and Rescue Services Collective Agreement is valid and binding, until a new agreement is concluded.

3. The Counter claim of Samwu seeking to declare all 24 hours of shifts as working hours is dismissed with cost by the court.

IMATU always advised that refusal to work the shifts would constitute an unprotected strike. IMATU further advised that the remedy to address the unhappiness with the shift allowances was Interest Arbitration. The Court now confirmed that position.

IMATU will now file a new demand for negotiation in consultation with our members. The demand will cater for all the Fire Service members IMATU will thereafter refer the issue to Interest Arbitration. In such proceedings the Arbitrator will rule on a fair outcome in terms of all the listed issues, including the allowances percentage.

We will keep members updated as the process evolves.