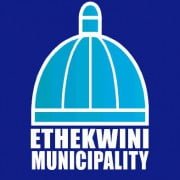 The IMATU eThekwini Region has successfully negotiated the permanent employment of several contractual employees that were classified as contract workers since 2014.

“We initially lodged a dispute with the SALGBC in March 2018 when it came to our attention that the 12 month contracts of some contractual workers employed in DSW were being renewed each year in direct contravention of section 198B of the Labour Relations Act. Through determined engagement and negotiations with the employer, IMATU was able to secure permanent employment for the affected workers from 1 July 2019. In addition, the affected workers will also receive a once-off payment of R12 250, which is payable on 31 August 2019,” explained Cathi Botes, eThekwini Regional Manager.

IMATU has also since learnt that the eThekwini Municipality will no longer make use of private contractors for refuse removal in the Umlazi Area. In order to in-source this service, the municipality will start recruitment processes amongst existing contractual and EPWP workers. “IMATU supports and commends the eThekwini Municipality for taking this decision which will benefit new employees and ensure sustainable service delivery and future growth. We have requested that IMATU be included in consultations regarding the insourcing of this service and the absorption of any current contract workers,” explained Botes.