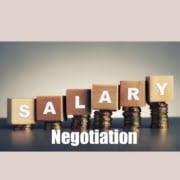 The second round of wage negotiations was held in Durban from 10 to 12 May 2021. The negotiations took place under the auspices of the SALGBC appointed facilitator, Ms N. Bisiwe.

SALGA indicated that they may revise their opening offer from 2.8% to 3%, if the trade unions will consider their proposal on a total freeze of increases to benefits and conditions of service. SALGA, however, stated that this should not be seen as a formal proposal, but rather an attempt to explore options for settlement.

IMATU stated that SALGA’s demand for total freeze of increases on benefits will have significant implications and cannot be acceded to at this stage. Moreover, IMATU cannot consider SALGA’s proposal on a multi-year agreement as SALGA has not made any proposals on what increases should be implemented in year 2 and year 3 of such an agreement.

On this basis, discussions were brought to a close.

As is evident from this feedback report, the second round of negotiations have yielded little progress as SALGA’s wage offer still remains below inflation. The facilitator, however, requested parties to properly consider the pressures each party is under as well as the difficult economic circumstances prevailing in the country, which makes it the most complex wage negotiations on record.

The next round of wage negotiations shall take place on 3 and 4 June 2021 in Durban.

Regions will be kept informed as the matter progresses.