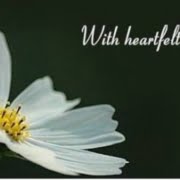 It is with great sadness that we report the death of one of our members in the City of Cape Town, who was tragically killed whilst executing his duties at a roadblock on Friday 7 August 2020.

We convey our sincere condolences to his family and friends. It is indeed both a tragedy and an outrage that our members who selflessly work day after day to protect the lives and safety of others, themselves fall victim to the most atrocious type of violence.  We understand that a suspect has been apprehended and we trust that justice will be meted out swiftly. 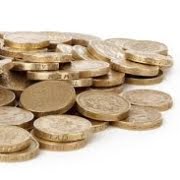 The Independent Municipal and Allied Trade Union (IMATU), representing approximately 107 000 members countrywide, and in excess of 14 000 members in the City of Cape Town, wholeheartedly supports the view of the Auditor General, as quoted in an article by the Cape Argus on 4 February 2020, wherein it was stated that “The AG also flagged the appointment of law firms representing the City.  The report said the approval to procure legal services was granted to the legal department by means of a council system of delegations that was not in line with the regulations“.

Notwithstanding a formal collective agreement relating to internal disciplinary matters which excludes the appointment of external legal representation, except in very limited and specific cases, the City persists in appointing external legal practitioners to prosecute its staff, and to preside over these hearings.  IMATU has been successful in an arbitration wherein it was ruled that the employer (the City) was not permitted to utilise the services of external legal practitioners.  Albeit that the City has taken this award on review, it persists in spending ratepayers’ money on the appointment of external legal practitioners across the board.  These hearings are extended over long periods which result in huge legal bills for the City.  This takes place despite the fact that the City has its own Legal Department which comprises many qualified and expert legal employees, and similarly, the City has specialised labour relations and human resources departments with a more than adequate staff complement.  These very employees, however, are simply not utilised for internal disciplinary matters despite being fully equipped to do so.

“These actions by the City result in wasted costs, to the detriment of the ratepayer, and need to be ceased with immediate effect”, stated Etienne Bruwer, IMATU’s Regional Manager in the City of Cape Town and the Western Cape Region.